An Amyrlin's Award is the highest and most prestigious award we give here. Each year individuals are recognized who have gone above and beyond, who have given back to our Community consistently and who don't always get a lot of recognition for it. Traditionally these are awarded to one individual in each category, but this year Eleyan and I felt that there was more than one person who fit the bill and we wanted to share that with all of you. Here are this years recipients!

Unsung Servant
For an outstanding contribution in an unofficial capacity

http://library.tarvalon.net/index.php?t ... Caliarthan
Jeffan Gaidin always gives of his time without reservation and wholeheartedly jumps in wherever he can. Before being named as the Editor of the TarValon Times he has served as a chat op, creating artwork for the Marketing Department, he worked on articles for our library, is a forum moderator, has served in the Hall and worked on the Outreach Activities team. In addition, he served his Company by working as their historian and keeping their library page up to date, helped out myself and Leora last fall by moderating the Town Hall Meeting, has done countless hours on the merits program for Dralyn, and did a great job on the Member's Choice Awards this year which we gave him and just said "make it work" He has a great presence on the boards, has fun in chat and it's been so great seeing him give so much over the years. 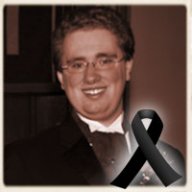 http://library.tarvalon.net/index.php?t ... 27Moranwin
Kelgan Gaidin has been with us for just over 2 years but has definitely made his presence known. He's served his Company in the Hall, and the Community as a whole as a forum moderator. You can find him interacting across our boards He created an amazing stole for our Keeper of the Chronicles that he knit in preparation for her raising at our 10th Anniversary celebration in Charleston. He also then created a stole in each of the other Ajah colors as well! Then, more personally for me he is the person who created my stole which was given to me this past weekend. There are pictures in the NA-Anniversary forum, but let me tell you that the workmanship is exquisite. It took him 14 months to create it, and for those of you who knit you'll understand when I tell you he was practically knitting with sewing needles that are incredibly tiny! I couldn't even begin to quantify the hundreds of hours he worked on this and the keeper's stoles and I am so incredibly grateful.

http://library.tarvalon.net/index.php?t ... _Britthorn
Sa'areah Sedai did a lot this last year working as Head of her Ajah, and more recently as a Sitter in the Hall. She's also helped out in many other ways over the years contributing to our library and to the guilds. Within the Yellow Ajah she's been THE Tea Brewer, and then as their Sunshine in 2009. She reaches out to people across our Community, and is just a fabulous person all the way around which came through when she was voted as the Aes Sedai most representative of her Ajah in our Member's Choice Awards 2011.

http://library.tarvalon.net/index.php?t ... a_Ilandred
Sonea Sedai is our Mistress of the Revels for Britain and Ireland, planning several very successful parties for our membership over the last couple years. She's also given back by serving as Heart of the Blue Ajah, and was on the committee that helped us hash out the details of the Merit system when we were getting that set up. Sonea is so incredibly efficient, and also a blast to hang out with and our Community wouldn't be the same without her! 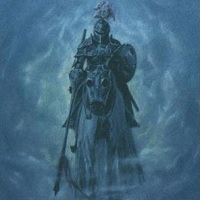 http://library.tarvalon.net/index.php?t ... n_Dragoran
Sean Gaidin is one of those individuals who continuously gives to others without any expectation of anything in return. I can't tell you how many times over the years I've heard stories after the fact of people who have been able to attend events because of him, of people in need he's heard about and assisted and fundraisers we've run that he's always participated in. When he helps people he does it without looking for or wanting recognition, and he does it without hesitation. He's also served our Community over the years in many different capacities from Honor Guard to the Hall, as a moderator and a guildmaster. He's someone who never stops wanting to help and give back.

Finally, our most prestigious award is the Member of the Year. This year Eleyan and I are recognizing two individuals for our top honor.

http://library.tarvalon.net/index.php?t ... ral_Delvar
Toral Gaidin is the steward of our Library. If you look at his profile you'll see the hundreds and hundreds of articles he has personally written and edited along with everything else he's done over the years. Then, he also keeps others motivated and on task, organizes our library so that information is more easily found and so that it is as thorough and complete as it can possibly be. It's a job that is not always visible by everyone except when we want to look something up but is something that really makes our Community an amazing source of information for everyone throughout the Wheel of Time Fandom. It's a job that takes a meticulousness that is incredible and an attention to detail that I definitely envy. Toral has earned this award many times over through his long membership with us!

http://library.tarvalon.net/index.php?t ... Kindellaer
Ubahsur Sedai has served as our Director of Administration since 2009 and I don't know that we could survive without her! She keeps us on track behind the scenes by putting together our Annual Report, she leads the charge of the Membership Survey, facilitates our reviews of those working in our administration, and was a big part of us finally becoming an official 501(c)7 corporation. Ubah gets the completely thankless task of keeping us on schedule for every piece of these projects, and leads a team of staff members in her department through her example of spending yet another 15 hour weekend working on Tower projects, not counting the time she spends on a daily basis as well. Thank you for everything, Ubah

Congratulations and a deepfelt THANK YOU! to you all! :grouphug
Mistress of Revels, North America naevents.tarvalon@gmail.com
!!Bonded to Alanar!!Neisa's Sister!!
WooHoo Mistress of Snow Drifts
Jaim’s most favorite Derrul

Congratulations to all! Well deserved awards.
First-sister of Rhed, Thaddius, Loraella
and the Knights of the Round Table <3

Congratulations, and thank you all for your outstanding contributions to the community. :joy

Congratulations & thank you for your service.

Grats all and thanks for all you do :joy

:clap congrats all and thank you for your work

Congrats to all recipients - you are all by far deserving of recognition :fistbump

Grats to you all! You are all awesome! :beer
:sds Gaidin of San d'ma Shadar * Nethanel's Twin

Congrats to everyone who make this place as wonderful as it is!

COngratulations to all of you! Without such awesome members as you, this would be a far different place!
[center:1t580hm4]

Congrats to everyone!!! Well deserved recognition

This is an amazing group to share such an award with. I live to serve the community, 'cause you guys are effing amazing!
Bonded to Asandra.

"True peace required the presence of justice, not just the absence of conflict."
- N.K. Jemisin, The Killing Moon​

Nurse Sedai, Knight of the Glitterati

First sister to Tsubasa and Keisha. Ex-Bond of Kelgan the White.
DM is my other home.

Congratulations everyone!
MDD Gaidin. | Bonded to Kiana. | Fox logic | Drink Pimp
Sometimes I just like to hand someone a live grenade and walk away.​

Congratulations and thanks so much to all of you!

You're why the site is so successful.

Everything is always right in the end. If all is not right, it is not the end. ~ Lots of ravens. So many ravens ~ Wisconillinoiowasota High Drunkblood Daughter of the Nine Moons.Tuba Boobs It doesn't mean what you think it means~Bryher's munchkin menthe~Carika is my PRECIOUSSSSS! ~ Sulin d’Sora e Amanin​
You must log in or register to reply here.
Share:
Facebook Twitter Reddit Pinterest Tumblr Link
Top