This has been delayed more than I meant to while I recovered physically and mentally from Anni, but without any further delay Congratulations to the 2022 Amyrlin Award Winners!

Philanthropist of the Year:
The individual selected this year was based not purely on dollars contributed, but time, effort, and support. Based on her work to identify worthy causes and to find ways to help the Tower support others it's no surprise she was hired as Director of Outreach. Congratulations to @Faeril Munlear! 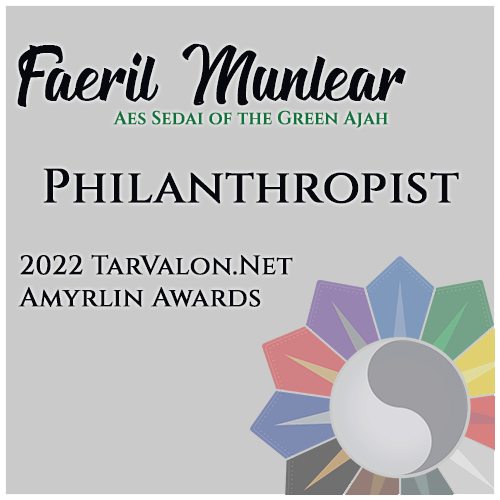 Unsung Servant:
This award is meant to recognize a member who doesn't hold a job with a title but still goes above and beyond to support the mission of the Tower in some way. It was a pretty easy choice when looking at a Soldier who in the short time he's been a member has done a lot to encourage participation by the JMs. Even though it has earned him a couple of puny-she-mints, he hasn't stopped bringing fun to the boards. Congratulations @Alexr al'Petros! 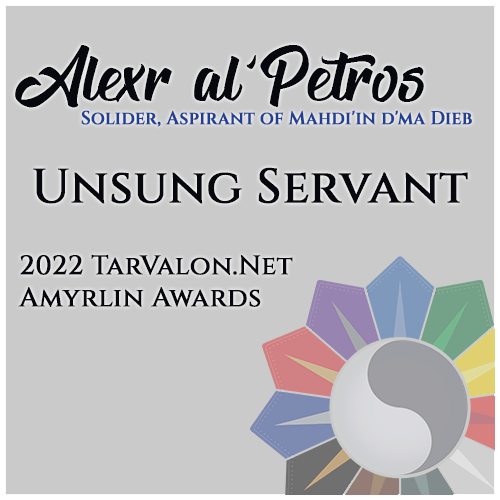 Volunteer of the Year:
The volunteer of the year is the person who holds one of the many volunteer positions on the site and has put in a lot of work to make improvements. From taking a sleepy and quiet Ajah to the insanely active and popular group it is now to helping various member groups set up independent Discord servers, she definitely deserves this award. Congratulations @Yenie Antagar! 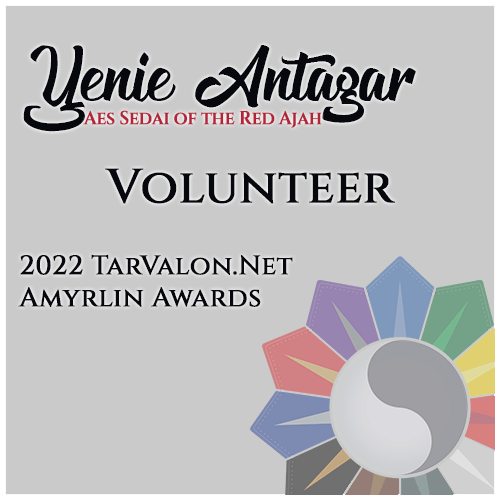 Member of the Year:
This is the ultimate award for an individual who has simply done more than anyone could ask for the Tower. And it was definitely well earned this year. Aside from the normal tech support you might think of, he actually took vacation from work specifically so he could spend all day running major updates and get us up to date on the software we use for the forums. Congratulations @Mendo Cath! 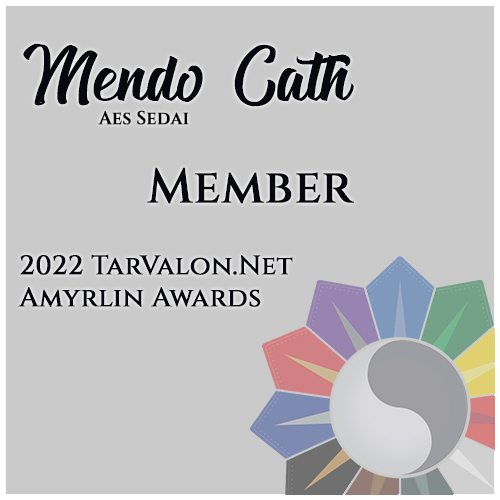 Congrats to the winners!

Mentee of Demonfaer Sedai and Nymala Sedai - Red Aspirant - uvlb - Editor
“It’s only after you’ve stepped outside your comfort zone that you begin to change, grow, and transform.”
― Roy T. Bennett ​

Congrats to the winners

~First Sister to Lireina~I bleed Green!!~Loved for my nefarious behaviour~
~Find me at the Canuck table and on Discord!
​

Congratulations everyone! So well deserved!

~ Call me Raevi ~Jahily's Partner In Crime ~ Alora and Mai are my First Sisters & Jarl is my First Brother ~ Avatar
GAVFBTHT: Stage One Initialized ~~ Mentee of Alenya Sedai
​

Congrats to you all! you are amazing people

congratulations all of y’all!

Congratulations to you all!

The Ghost of the White Tower

Congrats to the other winners, and thank you so much, I genuinely did not expect it!

I am happy I got to see Cassie's face on the cone stream!

Congratulations everyone!! I cannot think of anyone more deserving than this group!

Mentee of Delara Morellin Sedai & Lyndo Shiranui Sedai
|| 30 raccoons in a trench coat || RIDDLED with ADHD and a touch of the 'tism ||
|| No you don't get to know who is Fronting. It's none of your business. ||​
You must log in or register to reply here.
Share:
Facebook Twitter Reddit Pinterest Tumblr Link
Top